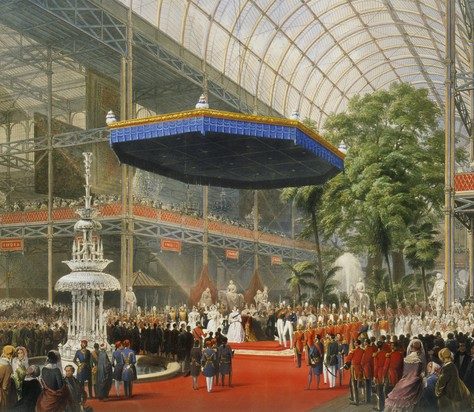 Queen Victoria opens the Great Exhibition in the Crystal Palace in Hyde Park, London, in 1851. 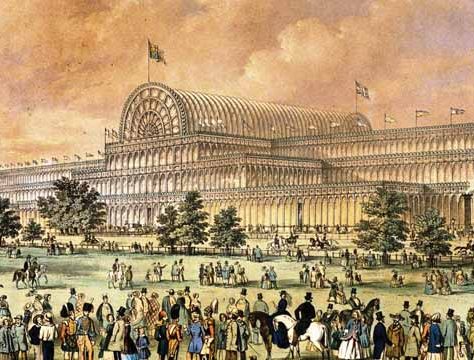 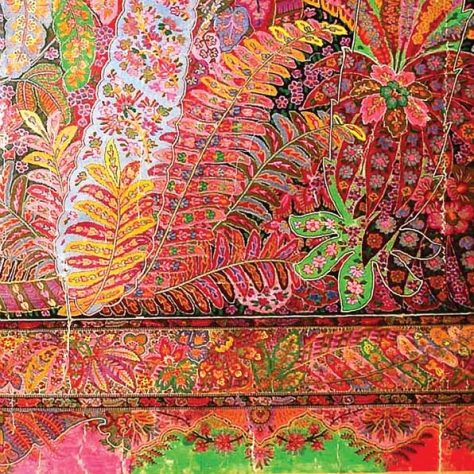 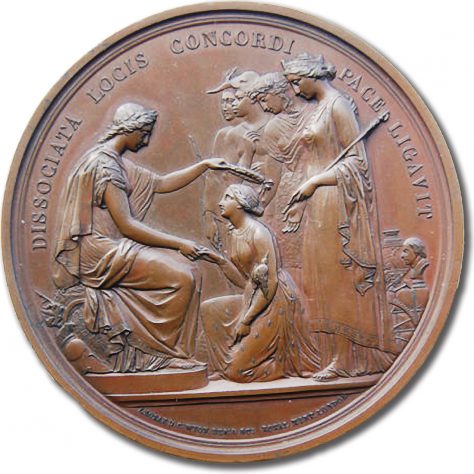 n 1851 The Great Exhibition of the Works of Industry of All Nations was organised by Prince Albert and other eminent men as a celebration of modern industrial technology and design. It was possibly a response to the highly successful French Industrial Exposition of 1844, and its prime motive was for Great Britain to make clear to the world its role as an industrial leader.

The exhibition was held at Hyde Park in London, inside the Crystal Palace, a building which was itself a wonder. Inside were the most amazing exhibits for the time, attracting six million visitors – equivalent to a third of the entire population of Britain at the time.

From Crayford David Evans and Charles Swaisland entered samples of their work; Evans exhibited “some very superior specimens of printed handkerchiefs in which, as things go, there is more than ordinary taste displayed” as well as some table covers which were “of the highest character of their kind”.

Swaisland sent, among other items, a particularly fine woollen shawl. The pattern for the shawl had been designed as something extra special in the hope of bringing a Prize Medal back to Crayford. The design that was produced took 550 block impressions to print and did indeed win a Prize Medal for Swaisland’s.

Beginning with the display of Mr. Charles Swaisland, of Crayford, in Kent, as the most appropriate name to head our list, the printed shawls exhibited by him and others for whom he prints, require primary attention. The barege shawls exhibited by this veteran English printer are above all ordinary praise.

Charles Swaisland paid for twenty-eight children from the Sunday school at St. Paulinus Church to see the exhibition, an excursion that probably stayed in their minds for a very long time.