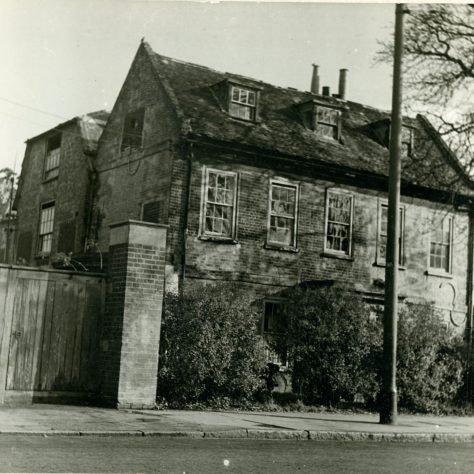 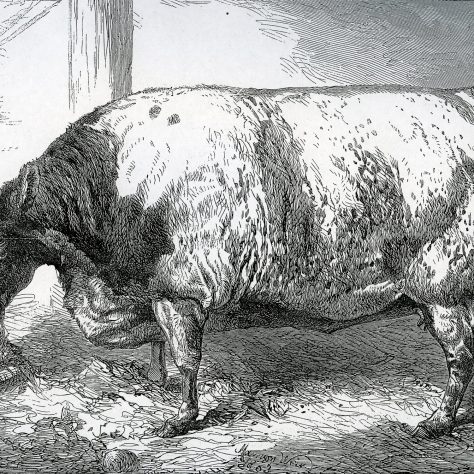 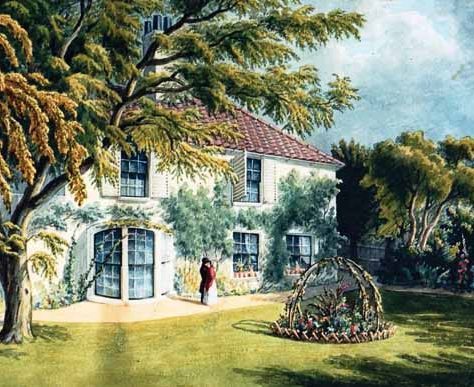 Charles was born December 1780, son of Amos and Anne Swaisland who resided and owned a butcher’s shop in Crayford High Street. Little is known of Charles’s early life but we believe he went to Mitcham to study design.  Returning to Crayford to set up his textile printing business in 1814, he became very successful, gaining a reputation for the top quality prints produced at his factory, and the fact that he would never try to palm off defective work. His success led to him owning Crayford House, typical of the late Georgian period. As well as the usual domestic accommodation, it also had a brew house, bake house, extensive stables and kennels for hounds. Charles died on 24th February 1865, and his tomb is to be found in the churchyard of St. Paulinus.

There was a strong philanthropic side to Charles’s nature. For example, he gave land and money towards the enlargement of local schools, and at Christmas 1840

…Dec. 24. the lady of J.F. Fassett-Burnett, Esq. of May Place, in the parish of Crayford, gave 13 bullocks away to 75 poor families. On the same day Mr. Chas. Swaisland (who might justly be called the Kentish Philanthropist), gave 120 stone of beef to his men working in the factory.¹

He carried off some of the leading prizes at Cattle Shows, notably for ‘Oakbud’

a roan of three years and eleven months, …She came with a high reputation from Birmingham, where she won £40, the gold medal as the best cow or heifer in all the classes, and the Hotel Innkeepers’ Prize. At Smithfield she was again first in her class, and was adjudged the silver cup as the best of all the cows and heifers.²