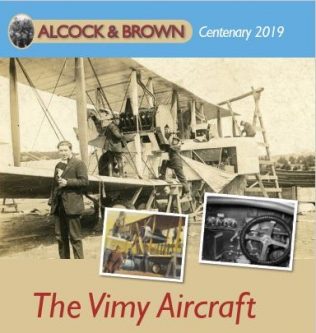 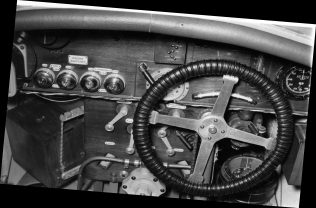 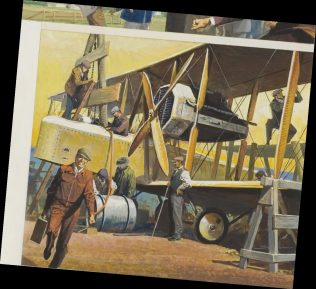 On 26 March 1918, the first production contract for 150 Vimy aircraft was issued. The Vimy model was designed by Rex Pierson, chief designer at Vickers.

The prototype was built at the Vickers Crayford factory and assembled and flown at Joyce Green airfield, Dartford.

Since the distance between the factory and the airfield was so great, for convenience production was moved to the Weybridge factory in Surrey which had an airfield next door. The Vimy’s role was to be a heavy bomber in the First World War.

The modified Vimy that Alcock and Brown flew was powered by two Rolls-Royce Eagle 360hp engines and took off with 3900 litres of fuel.

During the interwar period, the Vimy set several records of long distance flights. The most significant of these was the first non-stop transatlantic flight by Alcock and Brown.

One of the propellers from the Vickers Vimy was given to Arthur Whitten Brown and hung in his office at Vickers in Swansea for many years before he presented it to the RAF College Cranwell.