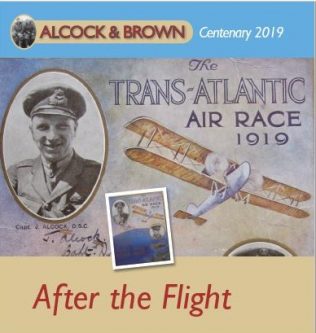 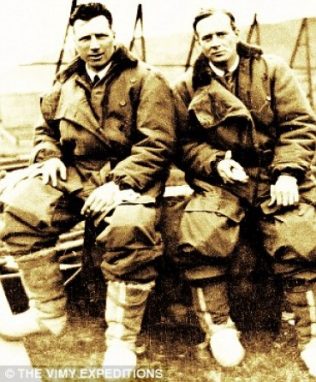 When Alcock and Brown awoke on 16 of June, everyone wanted a glimpse of the famous pair, with interviews and newspaper articles being sent around the world.

On their way home they were surprised by a welcoming band and crowds, including Claude Johnson, General Manager of Rolls-Royce. On arrival in London, Alcock handed over his bag of mail and joked “I am the first trans- Atlantic postman.” Despite their weariness, the pair soon travelled to Brooklands to greet the team who had worked on their Vimy. Flags and bunting flew, and work was even suspended for the day.

The crowning celebration took place at a lunch on 20 of June at the Savoy Hotel in London, where the £10,000 Daily Mail prize cheque was presented by Winston Churchill, Secretary of State for Air. He also announced that both Alcock and Brown would be knighted the next day by King George V at Windsor Castle.