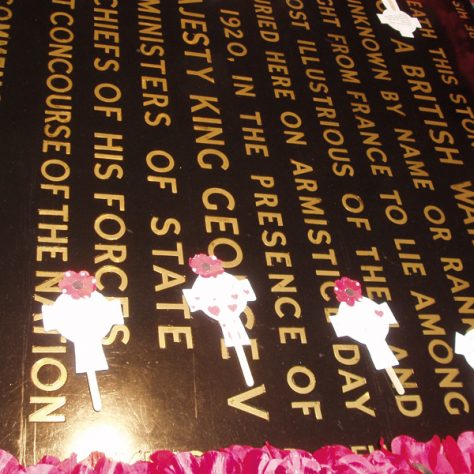 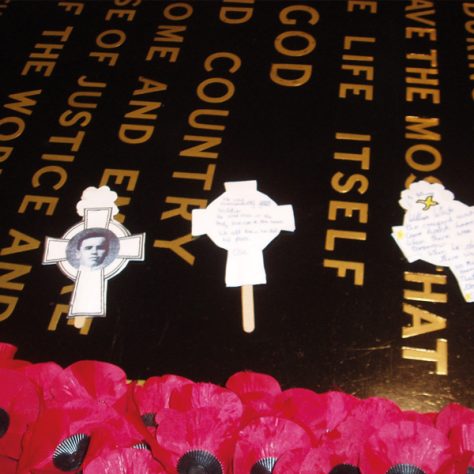 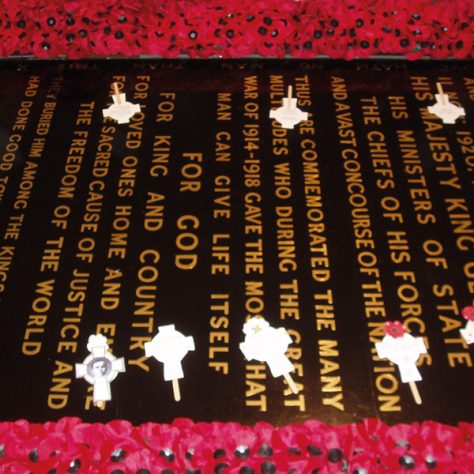 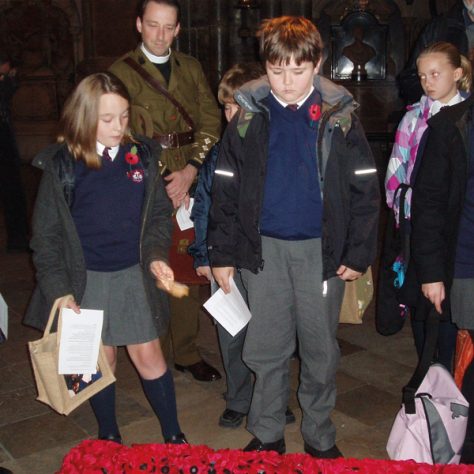 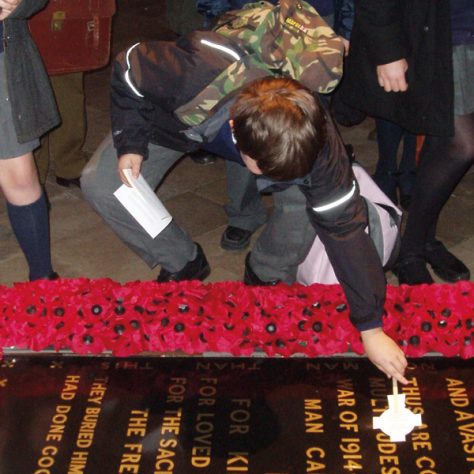 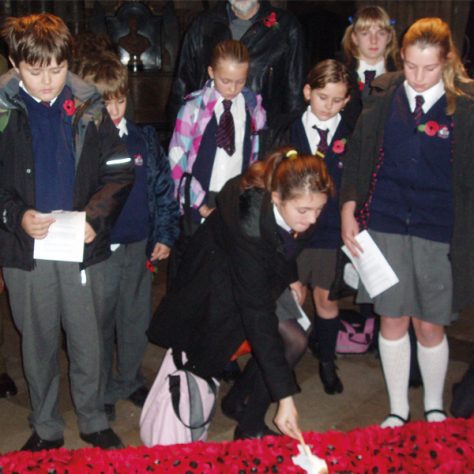 On the 7th November Y6 pupils from St Joseph RC School, and St Paulinus C.E. School came to Westminster Abbey so that they could learn about the story of the Unknown Warrior and his burial there in 1920. The children watched an interactive theatre performance from the MOD Theatre Group that told the stories of five World War One soldiers’ families and how they reacted to the burial. One of the soldiers’ stories included in the play was Private William ‘Chalky’ White. The children learned that because his burial was the first that took place locally during the Great War it mirrored the burial of the Unknown Warrior in Westminster Abbey as it gave the whole area an outlet for their grief.

The children were given a guided tour of the abbey meeting an actor in the role of Rev David Railton who came up with the concept of the Unknown Warrior. They then participated in a service for Chalky at the Unknown Warrior’s grave and laid epitaphs to him on the gravestone – a rare privilege granted to the children by our gracious hosts Westminster Abbey.