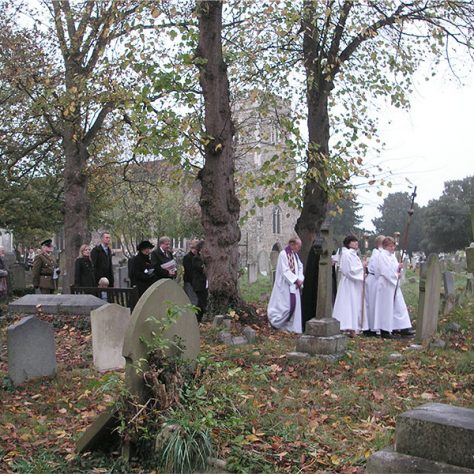 The Clergy from St Paulinus Church leading the procession to Private William Whites graveyard for the 2 minute silence. 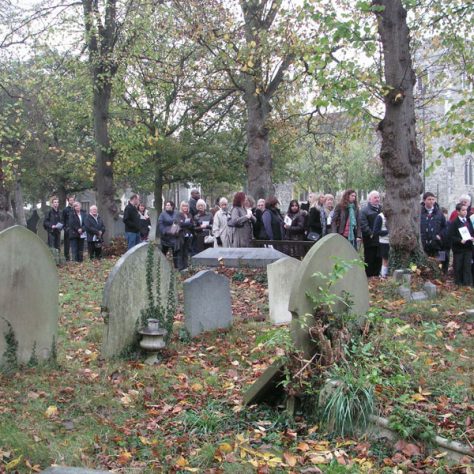 The congregation from the Remembrance Day Service gathering by the graveyard of Private William White for the 2 minute silence, the blessing and the placing and reading of the children's epitaphs. 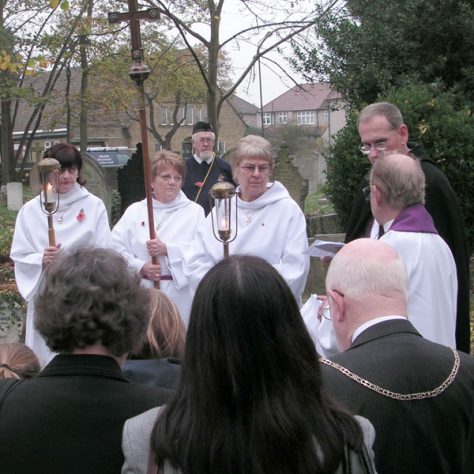 The service by the graveyard of Private William White at St Paulinus Churchyard. 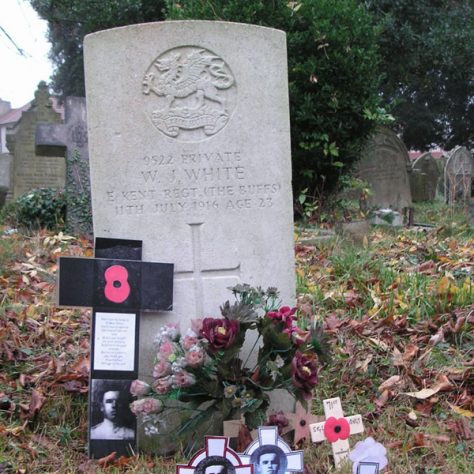 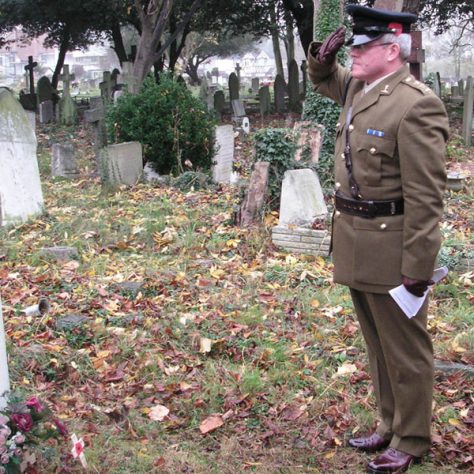 A salute for the fallen. 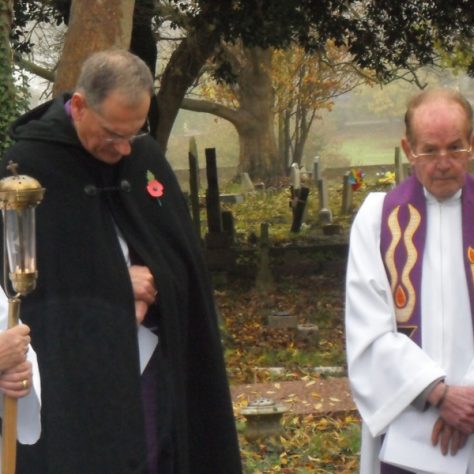 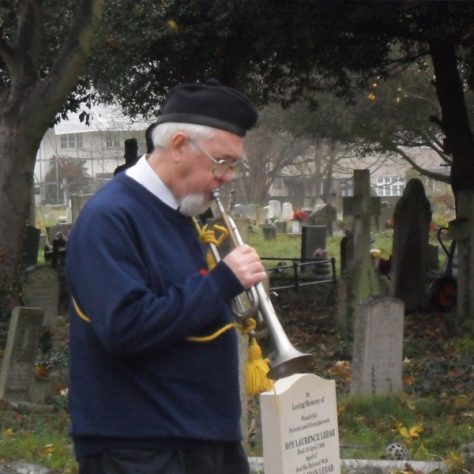 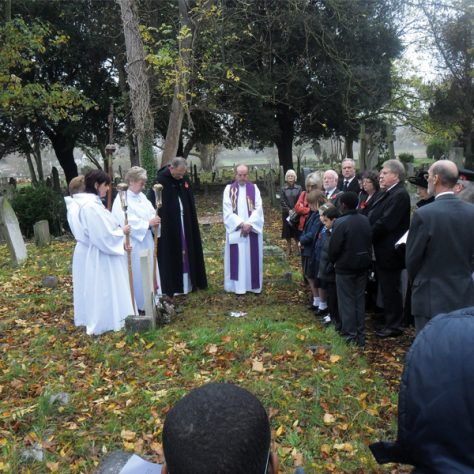 On the 11th November Y6 pupils at both St Joseph’s RC Primary School and St Paulinus CE Pimrary school took part in a special service in St Paulinus church, which was jointly led by Father Anthony Lane, representing St Paulinus, and Father Ryan, representing St Mary of the Crays R.C. Church. In a moving service children from both schools read out the names of all of the former pupils of Crayford National School including ‘Chalky White’ who were killed in World War One. The service was attended by local M.P. David Evenett, cllr John Wilkinson, Deputy Mayor of Bexley, and local councillors for the area. At 11am a special service was held at the grave of William White. A cross and epitaph were left on his grave by children from both schools before the two minute silence was heralded by a bugler playing the Last Post.