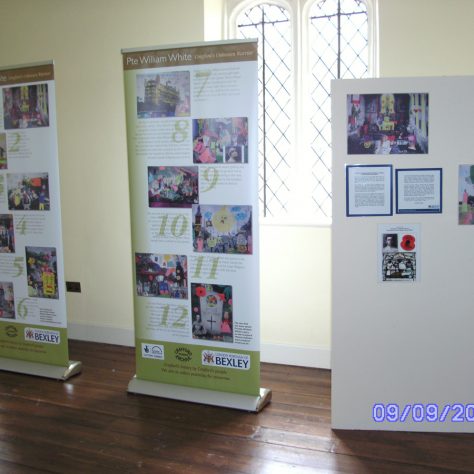 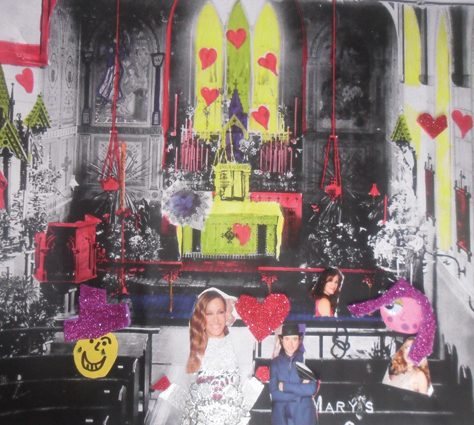 William White's mother and father were Catholic and married at St Mary of the Crays Roman Catholic Church in Crayford. William was born in 1893. He had a brother and eight sisters. 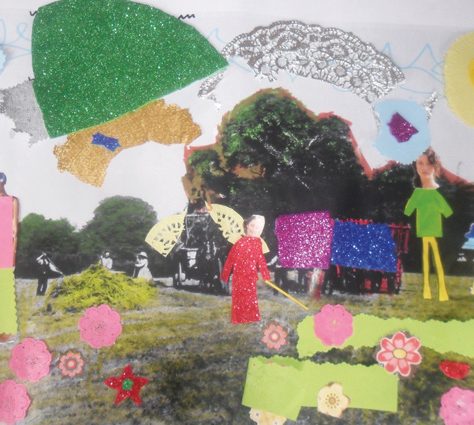 Crayford used to be in the countryside and be surrounded by fields, farms and orchards. William's nan, Bridget, was originally from Ireland and worked on one of these farms. William grew up here. His family were poor. 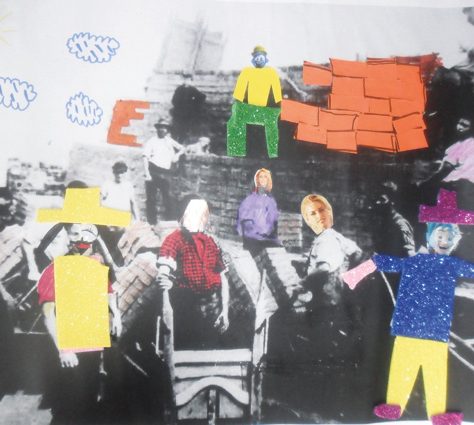 William was christened a Catholic but attended the local Church of England school, St Paulinus. It was recorded in the log book that he was often truant from school in the warmer months. This was because he would have to help his father in the brickmakers in Crayford. 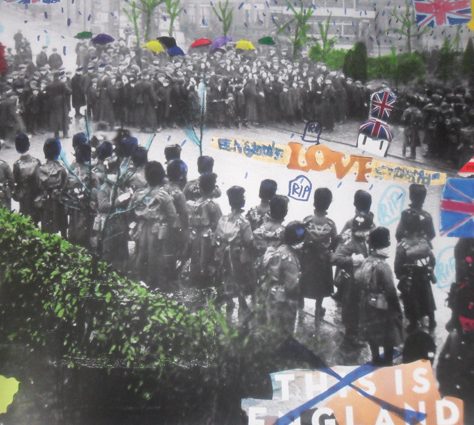 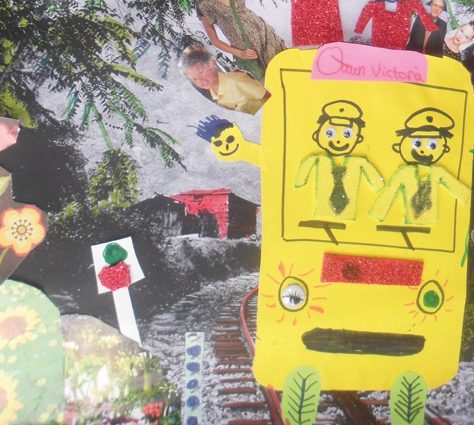 William was sent to India. He saw many places on his journey there. It was amazing for him. He visited Egypt. He thought India was very hot. They had to take a train to the mountains to escape the heat. He saw tea plantations 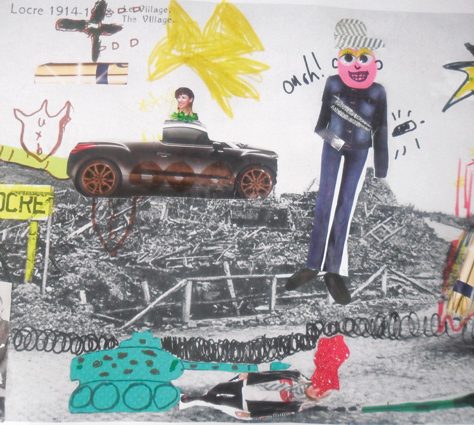 World War One began and William was posted to France. It was horrible there. He was in Ypres when he was shot. 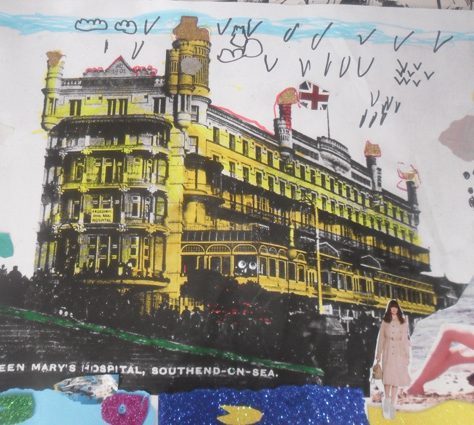 William was brought back to England to H.M. Queen Mary's Royal Naval Hospital, Southend-on-Sea. He was really looked after here and he was so thankful to the staff that he wrote them a lovely letter before he went home. 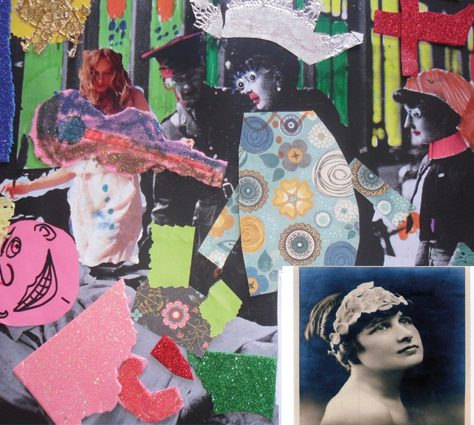 Even Queen Mary herself had visited the wards and spoken to William. He had other friends who visited. A lady called Marjorie Boise visited him and played the violin to cheer William up. She was a famous musician. A famous architect drew him a picture of the hospital from the outside so he could imagine he was there. All this information was found in his autograph book. 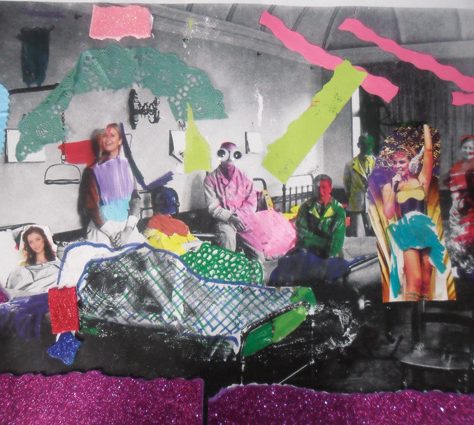 When William knew he wasn't getting better he wanted to go home, so he was transferred to Dartford War Hospital. 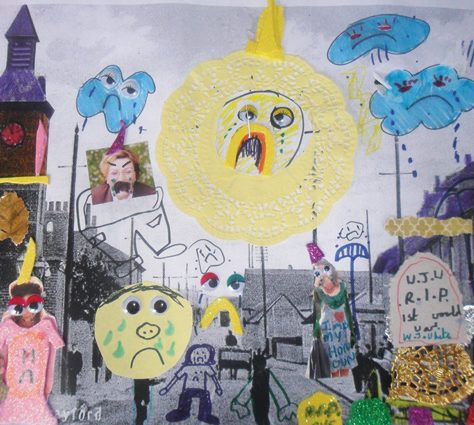 William was the first local lad to die in the Great War who was buried at home so his burial took on added significance. Private White's funeral became an outlet for grief and so the whole town turned out for a military funeral. Even Queen Mary sent a wreath to the funeral. 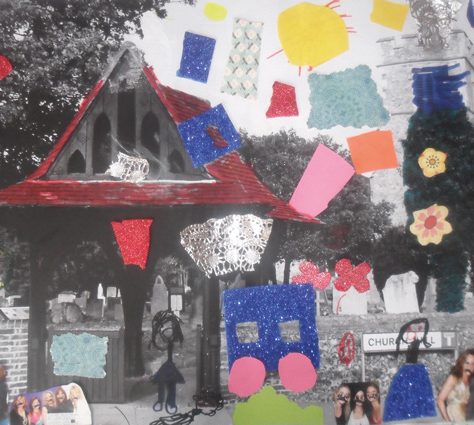 William White was buried in the churchyard at St Paulinus by the Catholic priest of St Mary's of the Crays. Religious differences were forgotten while the town mourned a special solider. 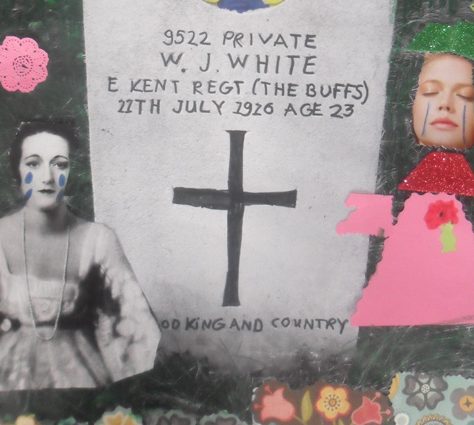 This year Rememberance Day is special. It is 11.11.11.11. It is said that you die twice: once when you stop breathing, and again when your name is mentioned for the last time. We hope that you read this and remember Private William White and the thousands more like him, this year on Remembrance Day. 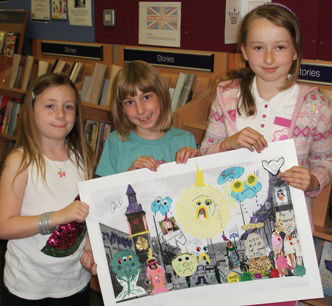 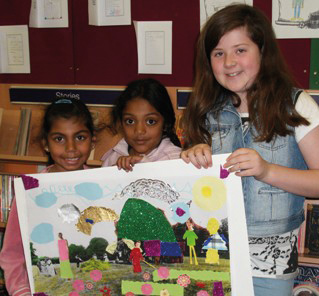 Three children hold up a piece of artwork. 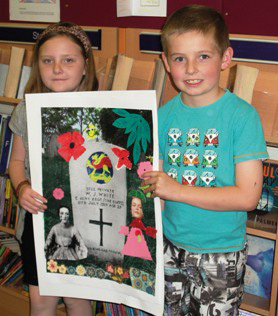 Two children hold up a picture of a grave, augmented by additional artwork.