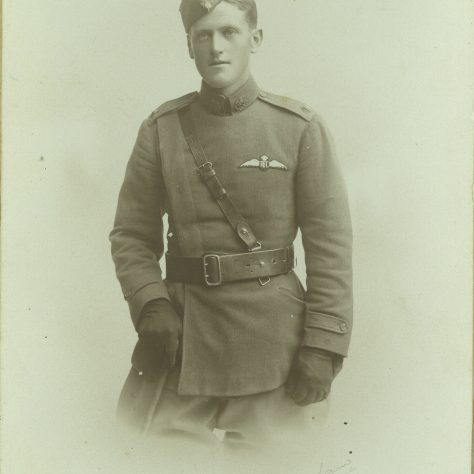 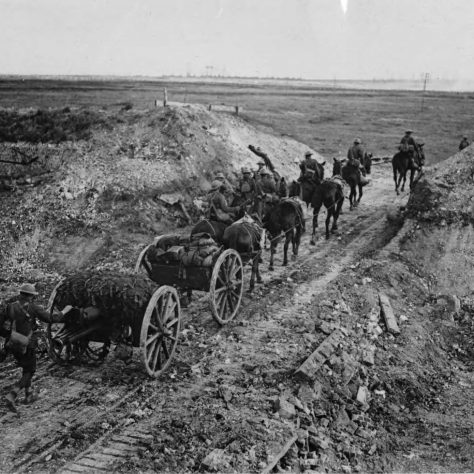 The Ballarat lads. Wiff, Jack and Norman were drivers for the 4th Australian Field Artillery. They would have mounted 3 of the 6 horses pulling an 18 pounder gun
National Library of Scotland. 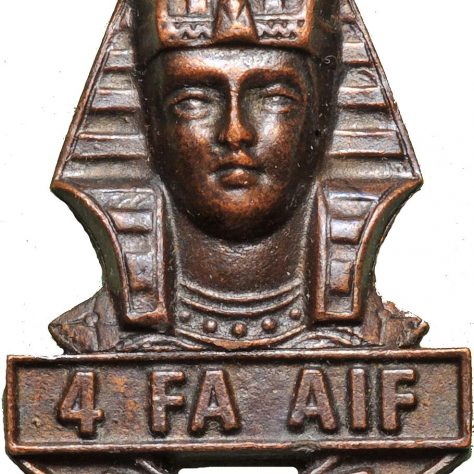 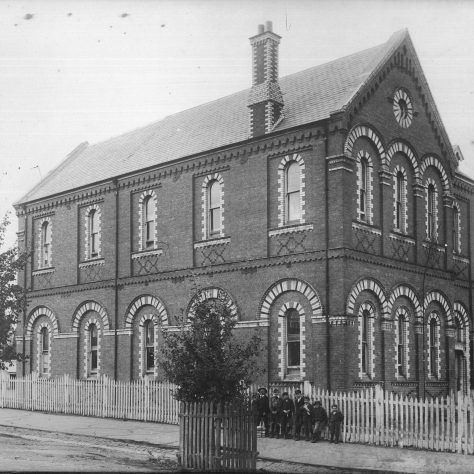 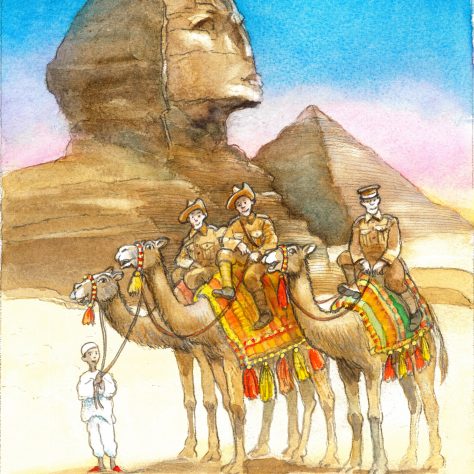 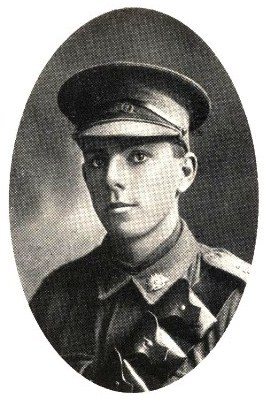 Wilfred Graham Salmon “Wiff” was born in Ballarat, Australia on 14th May 1895, one of twelve children of Dr Henry Robert Salmon and Mrs Alice Jane (Walter) Salmon.  Both of his parents were from England and had been drawn to the boom town of Ballarat following the gold strike there in 1851.

Wiff attended the prestigious Ballarat College where it was said, ‘In the schoolroom he was sometimes a torment to his teachers and on the sports field he was a nightmare to the opposing side.’  At school, Norman Cathcart became his best friend.  They did everything together and both transferred to Longerenong Agricultural College to train as Jackeroos, sheep station managers. It was during their time there that war broke out in 1914.

Wiff’s elder brother Bob had been immediately accepted into the elite 4th Light Horse, but Wiff was rejected because at 5 foot 3 1/2 inches he was deemed too small.  He had to wait until these rules were relaxed to join up.  On 12th July 1915, Wiff, his older brother Jack and Norman signed on as drivers for the 4th Royal Australian Field Artillery Brigade.

With the Gallipoli campaign ended, the trio embarked on HMAT Wiltshire on 10th November 1915 bound for Egypt.  Tasked with guarding the precious Suez Canal, the lads arrived in Egypt at Christmas 1915, just as their Turkish enemies began to retreat.  With time on their hands they indulged themselves as tourists visiting the famous pyramids at Giza.

It was whilst in Egypt that Wiff was first made aware of his own mortality.  In February 1916, he contracted meningitis and was seriously ill before recovering in the hospital at Tel El Kabir. His recovery came just in time to allow him to join his unit, as they were transferred to France to take part in the Somme offensive.

The 4th was deployed near Pozieres, in late July, where it was involved in constant action against the Germans. Norman wrote home describing their role in the great bombardments of the German lines in August, when they did not sleep for 36 hours: “Sleep here is out of the question. To keep up the river of shells is the only thing considered.”

In September, 1916 Wiff and Norman were both wounded at the Battle of Flers–Courcelette.  It was another narrow escape, but both were soon able to return to action.

In October, the Ballarat boys enjoyed a joyous reunion with Bob Salmon, who had just been awarded the Military Cross. It was to prove to be only a brief respite.

On November 3rd,1916, Norman died following a gun-shot wound to the face.  A fellow gunner, Bill Scott, recorded in his diary what happened:

I saw one of the others (Cathcart) who had been standing at the mouth of the pit lying back his face a mass of dirt & blood & one of his eyes hanging out.

Witnessing the horrific death of his friend made Wiff decide to rise above the mud and filth of the Somme.  Six days after Norman’s death, on 9th November 1916, he was accepted for transfer to the Royal Flying Corps.