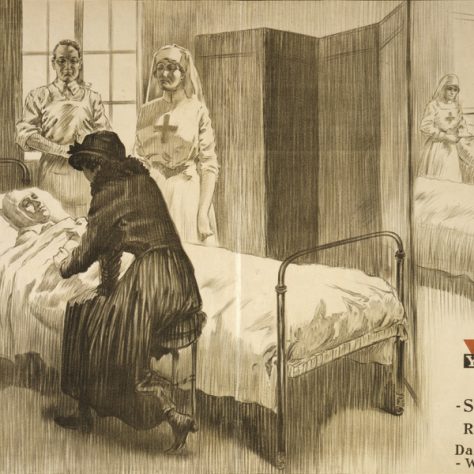 "The YMCA. Service for relatives of dangerously wounded." 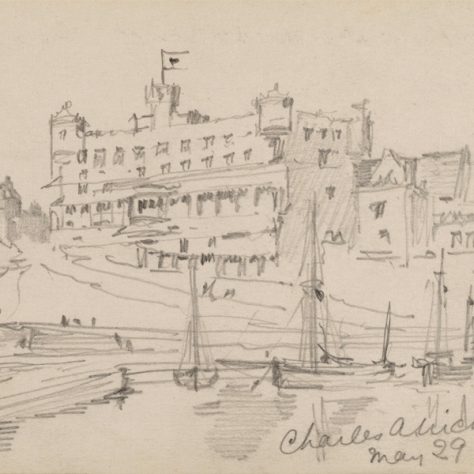 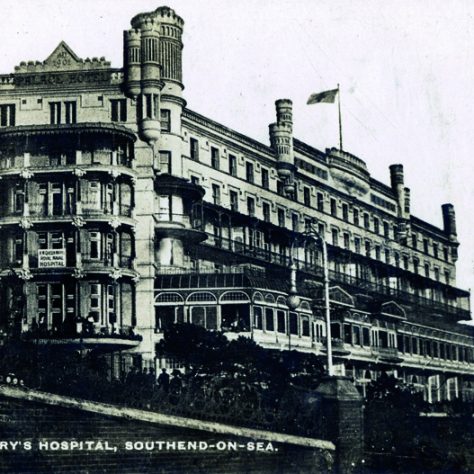 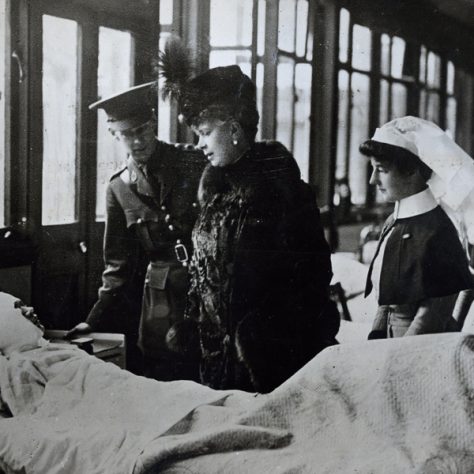 A visit to a wartime hospital. 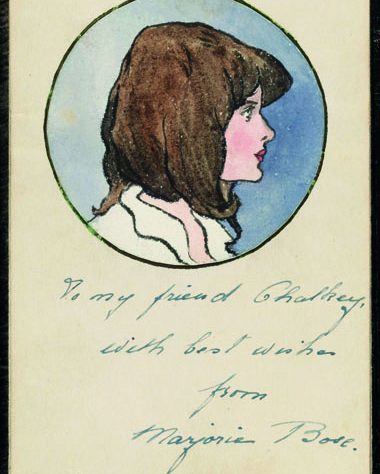 Flipbook to be added here when original files are available

William White’s autograph book (2001-11-63-1) was discovered amongst the papers that form The Buffs Collection at the National Army Museum. This came as a result of research undertaken by volunteers recruited as part of the HLF funded project organised by the Crayford Town Archive. The book includes poems, water-colours and sketches that were dedicated to ‘Chalky’ White whilst he was a patient at both Queen Mary’s Royal Naval Hospital, Southend and the Southern (Dartford) War Hospital. They chart the long months in hospital he endured following his wounding at Locre on the 23rd February 1915 that left him trying to come to terms with his complete paralysis up until his death in July, 11th 1916.

Visit from a beautiful violinist

There are many beautiful poems and illustrations but perhaps the single most poignant entry is the self portrait by one of his visitors, Marjorie Bose. This picture of a beautiful young woman must have meant a great deal to Chalky but without any context it meant little for those researching his story until further investigation led to the background to her link to Chalky White. It revealed that she was a leading West End violinist and that the entry in the book marked the day he left Southend for Dartford knowing that he was about to die. Marjorie’s picture became a focal point of the project and a key aspect of the musical that was performed by children at both St Joseph’s and St Paulinus schools.

When Chalky’s autograph book was donated to The Buffs Regimental Archive by his cousin Joanna Weaver in 1981 she hoped that it would be of interest to future generations. Crayford Town Archive is pleased that we have fulfilled her wish. We hope that visitors to this site, who have been touched by his story, will leave a message of their own. However, nothing would give us greater pleasure than to see children from Crayford schools use this page. It was laid out to mark the unique 11.11.11.11. anniversary, and we hope children from Chalky’s home town will continue to pay tribute to a brave Crayford boy on Remembrance days yet to come. (assistance for this can be found on p84 of the ‘Chalky the Crayford Swallow’ booklet in the Education Activities section.)