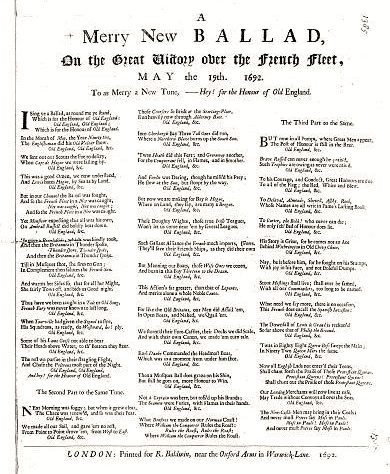 A Merry New Ballad on the Great Victory over the French Fleet, 1692 celebrates Shovell’s victory against the French at the Battle of Cape Barfleur. 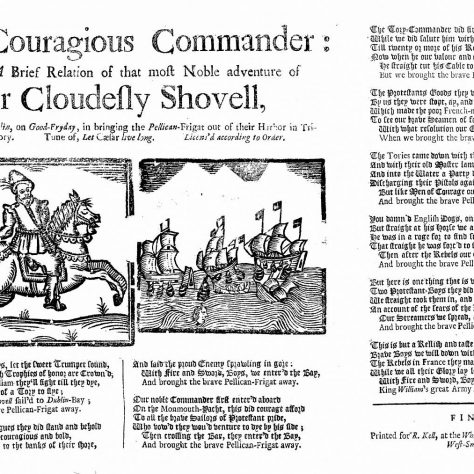 The Couragious Commander commemorates Shovell’s participation in the landing of King William III at Carrickfergus, and his subsequent conquest of Ireland, defeating James II for good. 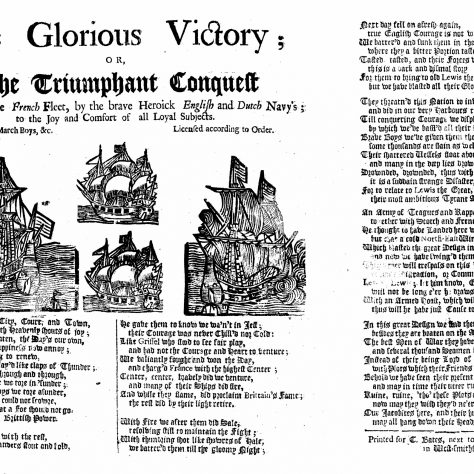 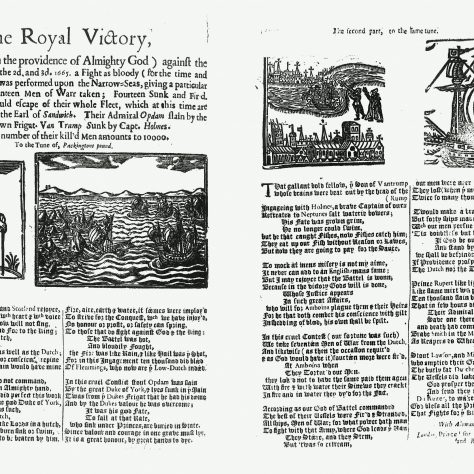 The Royal Victory 1665 commemorates the British victory over the Dutch during the Second Anglo-Dutch War under the direction of Prince James, Duke of York and Lord High Admiral. 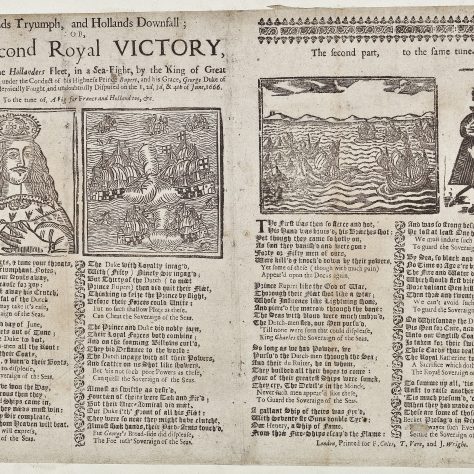 King Charles Victor of the Seas 1666 celebrates the Four Days Battle against the Dutch fleet, during which Cloudesley Shovell famously swam between ships with a message for reinforcements. 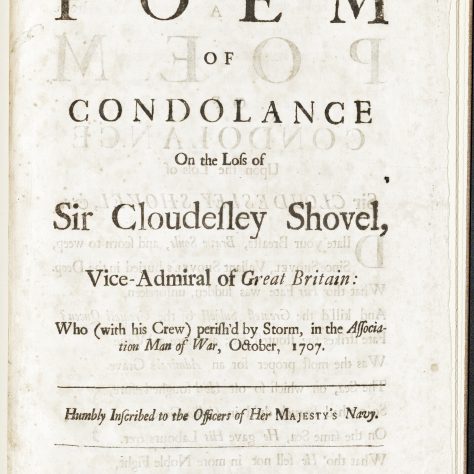 This is the first page of a condolence poem written to the Admiralty and to the entire navy concerning the loss of Cloudesley Shovell and the ships in his fleet in October of 1707. The poem calls for the sailors to remain cheerful in the face of despair and carry on with their duties. 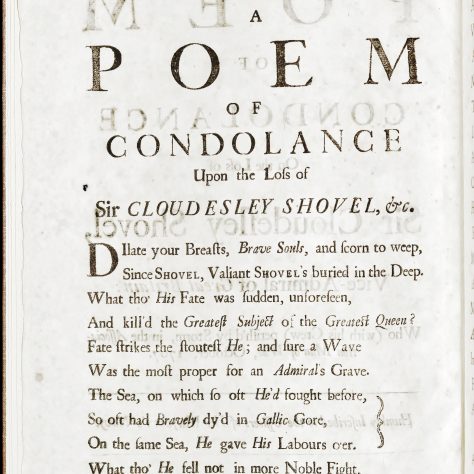 Page 2 of the Condolence Poem. 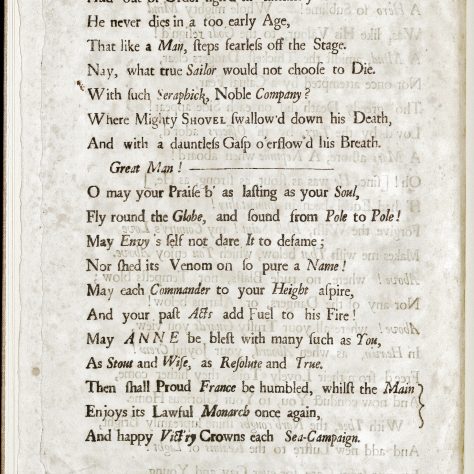 Page 3 of the Condolence Poem.

Page 3 of the Condolence Poem.

In Sir Cloudesley Shovell’s time, honour and gallantry among men of the armed forces was prized and praised, especially in the navy. For his courageous deeds at sea, Shovell was knighted in 1689 by King William III. Ballads (a narrative story set to music) about the life of sailors and their heroic actions were common and very popular. These verses romanticized a sailor’s time in the navy, which was actually incredibly dangerous. Many men died at sea, including Shovell. These ballads celebrate English naval victories during Shovell’s lifetime. In October of 1707, after Shovell’s death, a poem of condolence was written to the entire navy, regretting the loss of such an admiral.